1. Mr Ram Nath Kovind was born on 01st October 1945 at Derapur, a town in Kanpur Dehat district in the state of Uttar Pradesh.

2. After completing his schooling, Mr Kovind has completed his bachelor’s degrees both in commerce and law from Kanpur University.

3. Mr Kovind cleared prestigious UPSC exam but refused to join as he was selected for allied service rather IAS.

4. Mr Kovind has started his carrier as an Advocate, by enrolling with the bar council of Delhi in 1971. He was advocating for central government in the Delhi court from 1977 to 1979 and from 1978 onwards he became the advocate on record with the Supreme Court of India. Further, he participated in the high court of Delhi and in the supreme court of India for 16 years until 1993.

5. Mr Kovind has become Rajya Sabha MP in April 1994 from Uttar Pradesh and served for two consecutive terms for 12 years until March 2006.

6. Mr Kovind has also served as member on several important parliamentary committees, where some of the important committees are

7. Mr Kovind has served as a board member at Dr B.R. Ambedkar University in Luknow and the Indian Institute of Management in Kolkatta 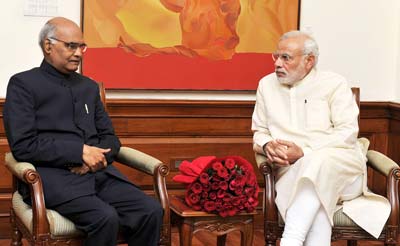 8. Mr Kovind has represented India in UN and addressed the United Nations general assembly in October 2002. 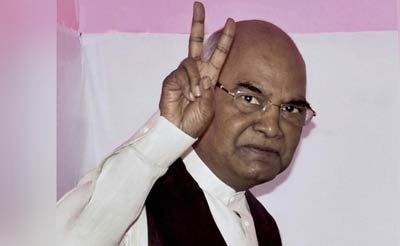 10. Mr Kovind has secured a clear majority in winning the presidential election and taking over as 14th President of republic India. He was the second Dalit President of India after KR Narayanan.

11. Mr Kovind will be the 1st president of republic India from Uttar Pradesh a state that has given nine prime ministers to the country till date.